Sean Carroll is the host of the Mindscape podcast. In this recent interview, he spoke with author, technologist, and entrepreneur Ramez Naam. They discussed why the outlook for renewable energies could suggest we be optimistic about them. I invite you to listen. Check out some of the other podcasts while you are there.

Atmospheric carbon dioxide has been monitored since 1958 at NOAA’s Mauna Loa Atmospheric Baseline Observatory in Hawaii. Values cycle up and down due to the amount of green vegetation available to convert CO2 to O2 by photosynthesis. Plants of the northern hemisphere reach maturity in June-August and reduce the level of CO2 from the previous month. Decomposition and respiration returns carbon dioxide to the atmosphere in the fall and winter. This is known as the fast carbon cycle. The carbon cycle of earth is discussed fully here.

The mean value of CO2 for May 2019 set the highest level in 61 yrs. This chart shows the monthly values plotted for the recent 5 years. 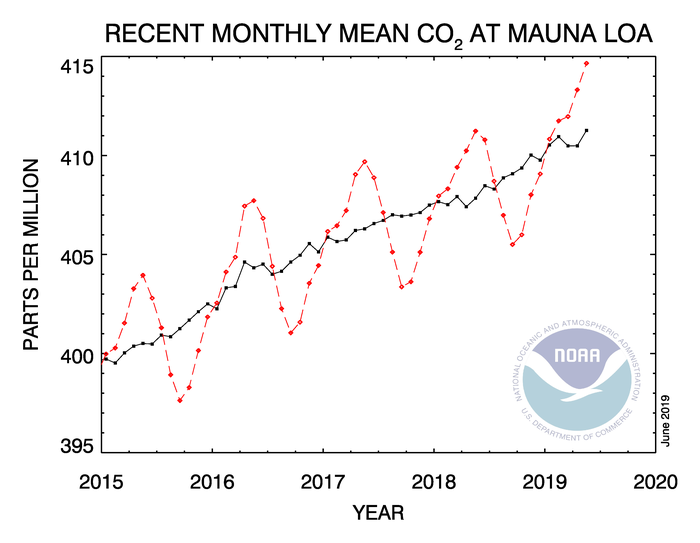 The full record for the Mauna Loa Observatory clearly shows the seasonal and long-term trends. The long-term rate is increasing evidenced by the greater steepness of the plot. More charts and analysis are available at this link.

END_OF_DOCUMENT_TOKEN_TO_BE_REPLACED

“2018 is yet again an extremely warm year on top of a long-term global warming trend,” said GISS Director Gavin Schmidt. Since the 1880s, the average global surface temperature has risen about 1°Celsius (2°F). According to Schmidt and colleagues, this warming has been driven in large part by increased emissions of carbon dioxide and other greenhouse gases into the atmosphere through human activities.

Surface temperature measurements of the Earth by NASA come from 6,300 locations. They include weather stations, ships and buoys at sea, and Antarctic research stations. The measurements produce the global average temperatures during the year. The baseline period from 1951 to 1980 is used as the mean value for comparison. The difference between the current readings and the 1951-1980 mean is accurate to within 0.1˚F with a 95% certainty level according to NASA.

This chart plots the monthly annual values from 1880 to 2018. Each time a record warm annual mean is set, it displays the year in the right margin. The most recent decades show rapid increases in the annual mean. It will cycle through the values a few times. Reload to see it again.

Scientists from multiple agencies agree on the rising temperature trend. The following plot shows annual mean variations from the 1951-1980 mean. Annual variations clearly stand out as wiggles in the plot. The steeper warming trend since 1980 is clear.

Five agencies are plotted together: NASA, NOAA, the Japan Meteorological Agency, the Berkeley Earth research group, and the Met Office Hadley Centre (UK). They all show the same trend and closely match the annual variations of each other.

I am encouraged when I read that more people believe global warming is taking place. Presently, about 70% of those in the U.S. agree. My post on the Yale public opinion survey is here. Are we going to do anything about it? Individually, we can take measures to reduce the carbon footprint of ourselves and homes. That isn’t enough.

Will our government agencies take on the challenges to guide the country toward better outcomes for the sake of our children and grandchildren? Will our nation join others to mount a global effort? At this time, I don’t see it happening. We should be leading the way with ideas and technologies. Give people direction. Motivate companies to be innovative about reducing the carbon footprint we impose upon this planet. How great would that be to see such a revolution? It could stimulate the economies of the world and give future generations a more livable planet.

Looking back from sometime in the future, will we see ourselves rising to meet the challenges? Or, will we merely see more people recognizing that they are in a worsening situation and doing nothing about it?

How is electricity generated where you live? That question was addressed in a New York Times story by Nadja Popovich on 24 Dec 2018. Electricity is made from several energy sources including coal, natural gas, petroleum, nuclear, water flow, wind, solar, and biomass. The mixture of sources for each state is quite different and depends on the availability and cost of resources for that state.

The article looked at the range of time from 2001 to 2017. The mixture of energy sources has varied over time for each state and for the United States as a whole. Here we see the sources charted for the United States. Note the increase trend of natural gas and the decrease of coal. Nuclear and hydroelectric have remained constant. Wind grew to 6%. Solar in yellow is barely visible in the lower right. Click image for detail. 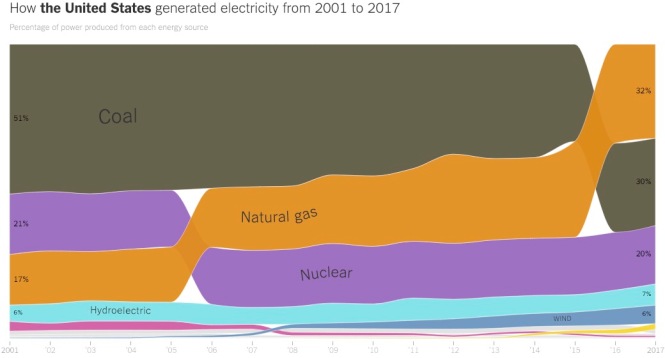 END_OF_DOCUMENT_TOKEN_TO_BE_REPLACED

It is important to look at the big picture. The way I see it, few people are aware of the sources of energy they utilize each day. Some energy is paid for directly such as gasoline for our cars. Gas for home heating, electricity for lights and air conditioning, etc. are often seen only as utility bills that come each month. What are the various energy sources we use?

Energy utilization was always an important topic in my physics classrooms. I wanted the students to know where their energy came from and how it was consumed by them and the general public. We discussed why efficiency was important. They were going to face and decide the actions on many complicated, technical, and politically charged issues in their future such as climate change. Those decisions would affect their quality of life and that of future generations.

We started with a simple flow diagram like the one below. The diagram shows how sources of energy are delivered to systems and devices that convert it into forms useful to the consumer. In the process, a useful amount of energy is delivered. But the conversions are never 100% efficient. As a result, much useless energy is wasted to the environment. We discussed examples of some common systems and how efficient they were. They soon got the point that increased efficiency and efforts to reduce wasted energy were actually very important issues. If we are unable to come up with more cheap sources, there are ways to reduce inefficiency and waste. Improved efficiency can be considered a source of energy and a lot of it. The diagram shows the gray box of Useless Wasted Energy quite large. It is actually much larger than the Useful Energy Output.

END_OF_DOCUMENT_TOKEN_TO_BE_REPLACED 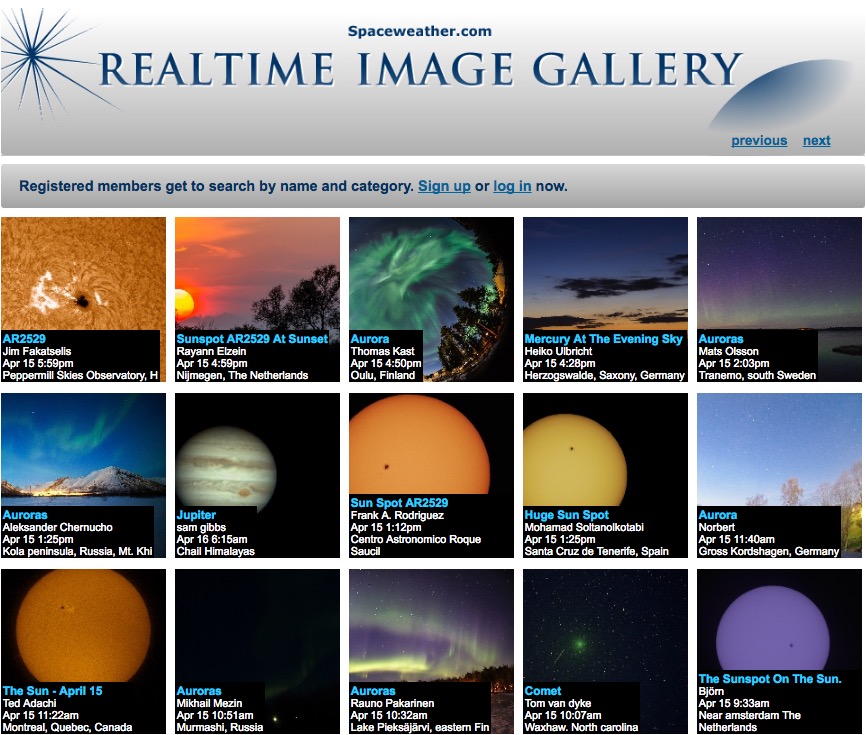