Albert Einstein published his General Theory of Relativity in 1916. One aspect of the theory predicted that light passing near a massive object would be deflected slightly in direction. Light originating from a distant bright source such as a quasar could travel by a massive object such as a galactic center and change direction. The observer would see the image of the distant source in slightly different places.

Of course, such a prediction deserved to be tested. In 1919, astronomer Arthur Stanley Eddington headed a team to observe a star closely aligned with the Sun that would be visible only during a total eclipse. The star’s known position should be shifted according to the theory. Their observations confirmed that Einstein was correct.

This effect of changing the direction of light by intervening mass is known as gravitational lensing. It has been observed and confirmed many times. This example called Huchra’s Lens was discovered in 1985 by John Huchra. The galaxy is in the foreground. It’s core is aligned with a quasar ten times farther away. The light from the quasar passing the massive core is forming four images of the distant quasar. The box defines a region imaged by the Hubble telescope seen after this image.

This higher resolution Hubble image of the boxed area above is a composite I made from the Hubble Legacy Archive using 3 greyscale images. The distant quasar and its four gravitationally lensed images are clearly visible.

Gravitational lens arrangements can also cause a distant quasar to appear as a ring around a less distant galaxy. Here are several examples captured by the Hubble telescope. 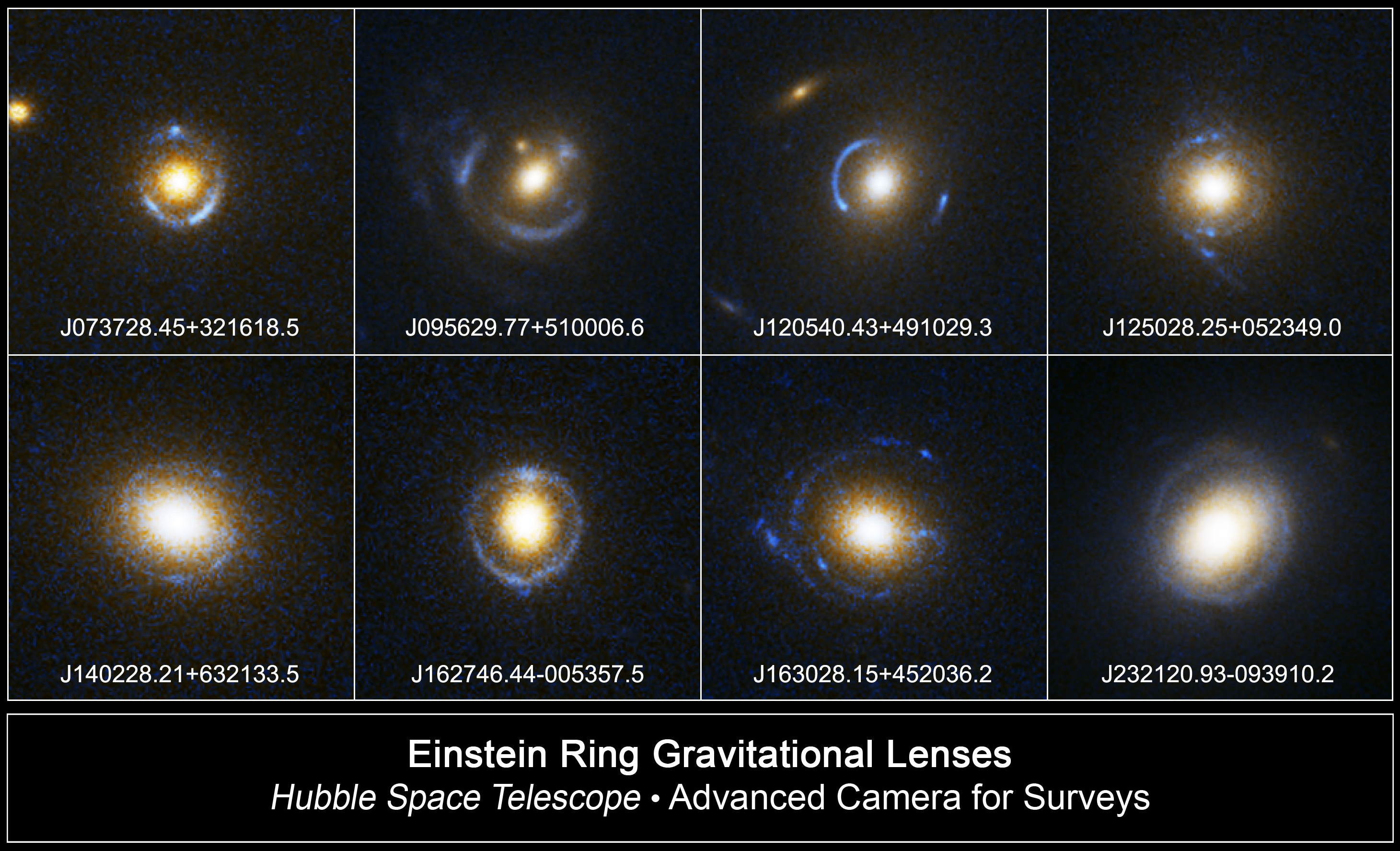 I used a small light source and bottom of a small juice glass to simulate the formation of a ring and arc of light.

Gravitational lensing can also form arcs as images of distant objects. Many examples are documented. This image of the region Abell 2218 is a cluster of galaxies about 2 billion light-years away. These nearer galaxies are spiral and elliptical in shape and appear as fuzzy blobs. Much more distant galaxies aligned with 2218 have been distorted into arcs by the intervening masses of the galaxies. Some of that mass is in the form of dark matter and invisible to our equipment. But, it has gravitational influence on passing light.