Hubble telescope imaged a small part of the Carina Nebula in the southern skies. My color rendition here used 3 grey-scale images from the Hubble Legacy Archive. It outlines the edge of a very small part of the nebula.

More details about this nebula and NGC 3324 are found in a 2012 post from the European Southern Observatory. This image below is from the 2.2 meter telescope at La Silla Observatory. Intense ultraviolet radiation from young hot bright blue tinted stars carved out a hollow and cause the gases to glow. Dark areas are caused by dust blocking the light from behind. My Hubble image above is a small part of this nebula at the 3 o’clock position. Click to enlarge. 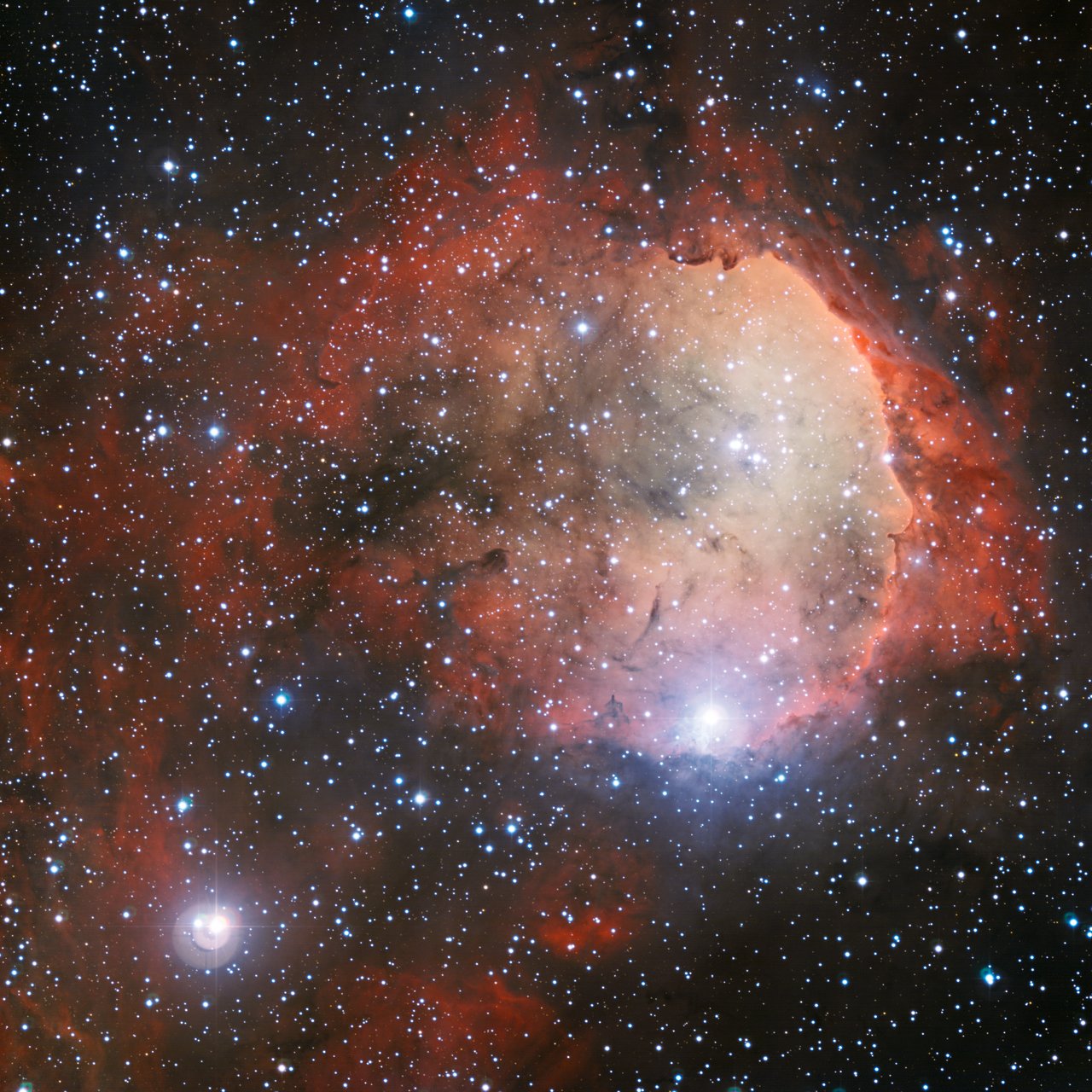 Another view of this same region was highlighted in 2018 by Astronomy Picture of the Day (APoD). It was done by astrophotographer Martin Pugh using a 17″ telescope and three 90 minute exposures. More details about his image and equipment are at this location. 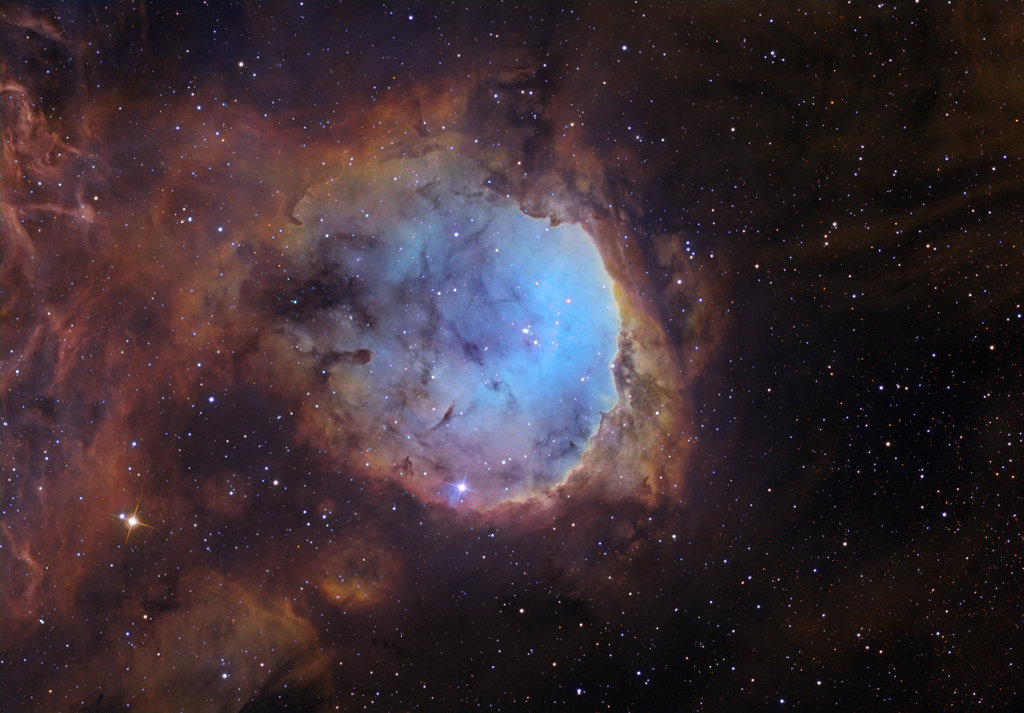