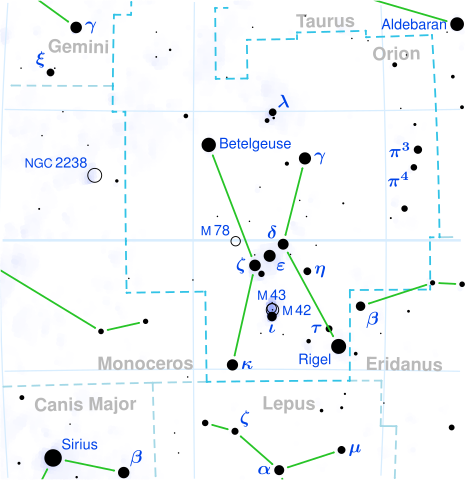 Betelgeuse is compared here between Feb 2016 on left and 31 Dec 2019 on right. The background stars are adjusted to be of equal brightness showing Betelgeuse dimmer today. Compliments to Dr. Brian Ottum of New Mexico for this image comparison. A Test For You

Over the years I have photographed the Orion constellation many times using different cameras, settings, and sky conditions. I gathered six of those images here. One of them was taken the night of 5 January 2020. Can you tell which one? All images have been rotated to orient them the same for easy comparison. Compare the relative brightness of Betelgeuse to the other stars. See if you can tell which image shows Betelgeuse dimmer than normal. Put your letter choice in a comment. Click images for better detail.

What If It Went Supernova?

No one knows if and when that might occur. If it did, Betelgeuse would put on a spectacular display. Estimates tell us it would rival a full moon in brightness, easily casting shadows at night. It would be visible in the daytime for several weeks. A growing cloud of gas and dust would spread from it as in this example. This image was from an excellent article by NASA about Supernova 1987a. 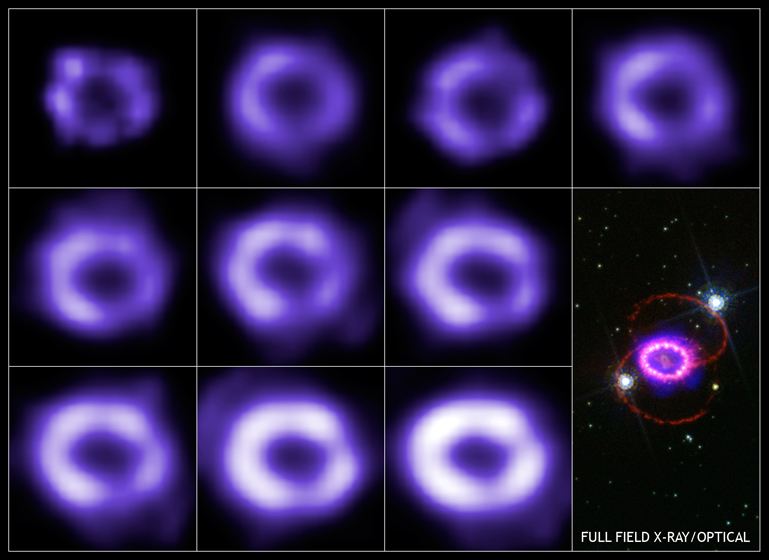 Space is big. It is hard for our minds to comprehend the sizes and scales of it and the objects scattered throughout. This graphic helps to put several of those objects into perspective.

19 thoughts on “Betelgeuse Dims in Orion”