In case you didn’t notice, the predicted end of the world on 19 Nov 2017 did not happen. I don’t expect it to happen any time soon. I don’t normally make bold predictions about anything. There was one exception in 1974 in the Nixon administration. I successfully predicted he would resign. I think I was lucky.

If you are a believer in the end times prophesies, you may scoff at my prediction. That’s ok. I will give 10 reasons why I think I’m right. Mine are based on science. Join me below the glowing solar firestorm of death and destruction for the reasons we can feel the end is NOT near.

EXCEPT AS EXPRESSLY SET FORTH IN THIS DOCUMENT, THERE ARE NO WARRANTIES, EXPRESSED OR IMPLIED, INCLUDING, BUT NOT LIMITED TO, THE IMPLIED WARRANTIES OR FITNESS FOR A PARTICULAR PURPOSE OR END THUS INCURRED.

Q1: Are there any immediate threats to Earth?
A1: None are known. Earth has existed for more than 4 billion years. Credible scientists around the world know of no threats posing an immediate end.

Q2: Why has it been popular to predict the end of the world?
A2: Most predictions originate from Abrahamic Religions. They can be associated with events like the Rapture, Great Tribulation, Last Judgment, the Second Coming of Christ, among others, described in those religions. Common to them is Eschatology. It is concerned with the final events of history, commonly referred to as the “end of the world” or “end times”. The Oxford English Dictionary defines eschatology as “the part of theology concerned with death, judgment, and the final destiny of the soul and of humankind”.

Wikipedia has an entry listing at least 140 separate end times events. There is another listing of 7 future events. Jeane Dixon and Isaac Newton are entries on that list. One more list includes scientific predictions. None of the 12 scientific entries gives a specific date or year. Rather, these are based on probabilities from history of similar past events or of known natural trends. It includes supernovae, asteroid collisions, super-volcanoes, our Sun becoming a red-giant star, etc.

Q4: Can an alignment of planets cause disasters on Earth?
A4: There are no planetary alignments in the next few decades. Such alignments have nearly zero effect on Earth. Alignments do occur. Recent ones were in 1962, 1982 and 2000. Earth and Sun align each December with the center of the Milky Way Galaxy. The Earth and Moon align with the Sun at each eclipse. Nothing happens except some visual effects.

Some might argue that hurricane Sandy’s storm surge was the direct result of an alignment. In a sense, it was. High tide from the Moon and timing of the storm combined to create a terrific problem. But, it wasn’t an alignment of planets that caused Sandy.

Q5: Is there a Nibiru, Planet X, or Eris that is approaching the Earth?
A5: There is no factual basis for the claims of Nibiru or Planet X. They were made up by people. If they were real and nearing Earth, they would have been tracked for at least the past decade by the robust astronomy community. By now they would be visible to the naked eye. Eris is real. It is a dwarf planet similar to Pluto and resides in the outer solar system. The nearest distance of Eris to Earth is about 4 billion miles. Our Moon is about 250,000 miles. Don’t lose any sleep over this one.

Nibiru was supposed to be headed toward Earth. It was predicted to strike Earth 23 Sep 2017 and rescheduled for 15 Oct. The latest was 19 Nov. The Nibiru story originated with Nancy Lieder of Wisconsin. She claims she was contacted by gray extraterrestrials called Zetas. They put a communications device in her brain. In 1995, she used the internet to spread her story. The story gained a lot of notice on Internet newsgroups as Comet Hale–Bopp neared in 1997. Hale-Bopp was a beautiful comet. But, no Zetas were known to visit. Perhaps there were some undocumented alien Zetas. By now, they may have all self-deported.

Lieder changed her story to include Planet X. Closest approach of X to Earth would occur on 27 May 2003. Earth’s rotation would stop for exactly 5.9 terrestrial days. Then, the poles would shift caused by magnetic attraction between the Earth’s core and the core of Planet X. Earth’s magnetic core would be disrupted and cause great shifts of the Earth’s crust. When nothing happened in 2003, the date was moved to the end of the long cycle in the ancient Mayan calendar in 2012.

Q6: Can Earth’s crust change and move as described in the stories and movies?
A6: Earth won’t suddenly stop rotating on its own. It has a massive amount of angular momentum. There are slow plate tectonic movements of the continents and crustal plates. Sometimes, there are strong earthquakes, volcanoes and tsunamis associated with them. These have nothing to do with claims of reversal of the rotational poles. Disaster websites claim a relationship between the rotation and the magnetic polarity. Magnetic reversals do take place every 200,000-300,000 years on average. They don’t appear to cause any harm to life on Earth.

Q7: Could Earth be hit by a meteor or an asteroid?
A7: The Earth has always been struck by these objects. Most of them are sand grain sized. Big ones are rare. Car-sized ones can be impressive as seen in Russia in 2013. The last big impact was 65 million years ago. It led to the extinction of the dinosaurs. Amateur and professional astronomers are carrying out surveys to find any large near-Earth asteroids long before they hit. At this time, there are no threatening asteroids as large as the one that killed the dinosaurs.

This work is done openly with the discoveries posted every day on the NASA Near-Earth Object Program Office website, so you can see for yourself that nothing is predicted to hit in 2017. As of 20 Nov 2017, over 17,130 Near-Earth objects have been discovered. Some 885 of these NEOs are asteroids with a diameter of approximately 1 kilometer or larger.

The International Astronomical Union operates the Minor Planet Center through the Smithsonian Astrophysical Observatory. On their site, they also keep  a running tally of the known near-Earth objects. Look on the right side of their page. You can also signup for an email list and receive the Daily Minor Planet newsletter each day detailing the latest finds.

In the news recently from NASA was the discovery on 19 Oct 2017 of an object said to be the first interstellar asteroid known to science. This NASA video explains it well.

Q8: How do NASA scientists feel about claims of the world ending soon?
A8: For any claims of disaster, where is the science or the evidence? There is none. There is no credible evidence for any of the assertions.

Q9: What about giant solar storms?
A9: Solar flares and coronal mass ejections (CME) can cause some interruption of satellite and communications as well as spectacular auroral displays. Solar activity has a cycle with peaks about every 11 years. The next solar maximum cycle 25 occurs round 2025. There is no special risk associated with 2017. Severe electrical damage could occur from a huge CME. Scientists are always watching so we can be warned. They won’t end life as we know it.

Q10: Will global warming and climate change end the world?
A10: That will cause great changes throughout the Earth. But our planet will go on with or without us human beings. Life as we know it will not be the same. I don’t think one could say the world will end. Everyone should be doing what they can to avoid the threats to peace and stability to come.

There really isn’t any scientific reason to be fearful of the world ending any time soon. I suggest you go ahead and make plans for next year. Who knows? It might turn out to be a great year for you. Try to live with a smaller carbon footprint. Be a good steward of the Earth. Argue for responsible actions by people, communities, and nations to adopt measures that reduce our negative impact on our home planet. At this time, there is no alternative place to live. Be nice to each other. 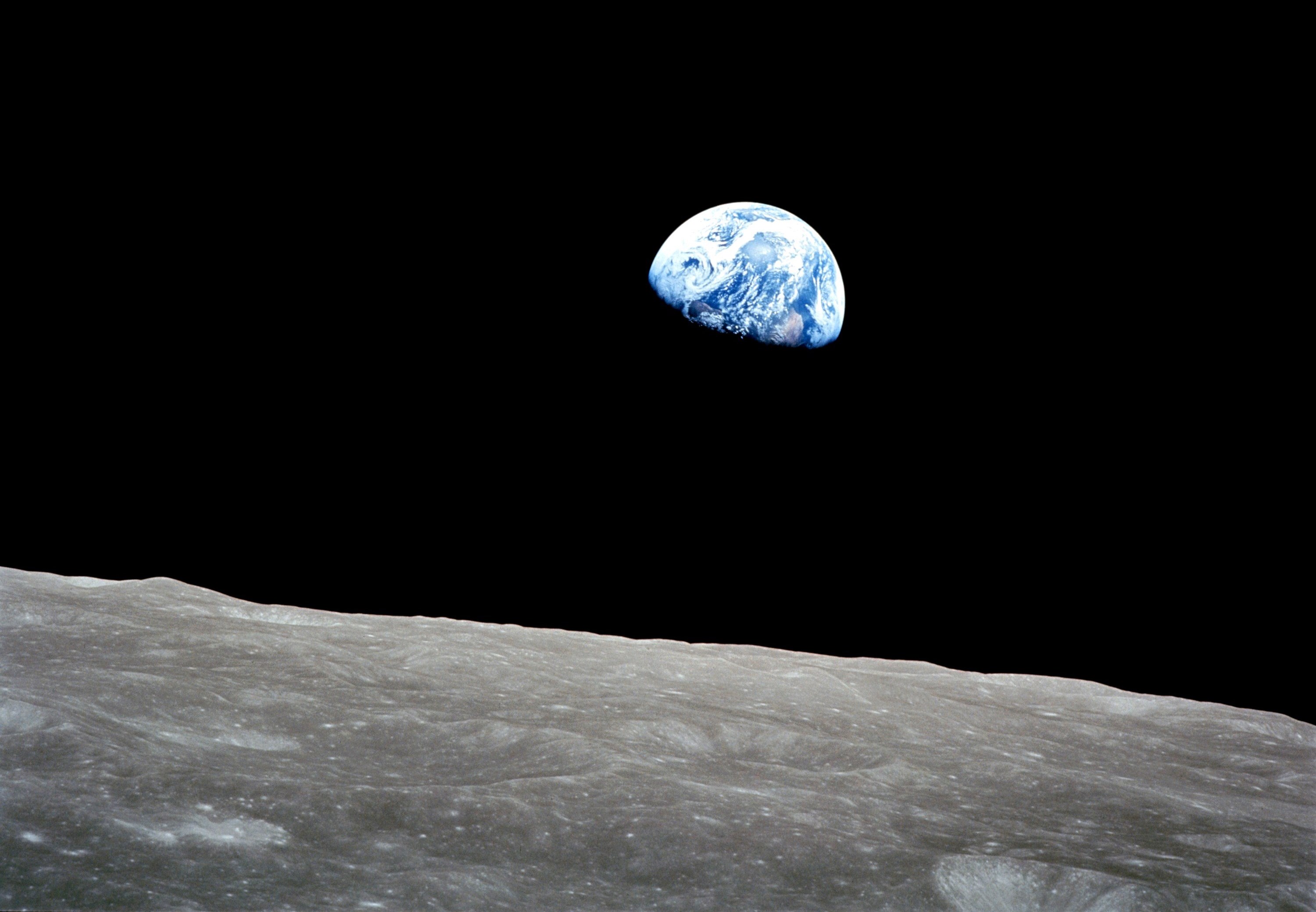