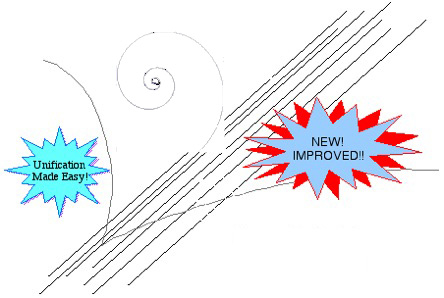 It has been an exciting week for physicists. The Nobel Prize was awarded to François Englert and Peter W. Higgs “for the theoretical discovery of a mechanism that contributes to our understanding of the origin of mass of subatomic particles, and which recently was confirmed through the discovery of the predicted fundamental particle, by the ATLAS and CMS experiments at CERN’s Large Hadron Collider”.

Do you have any idea what a boson is supposed to be or do? Bosons and particle terms have been in the news. We need an explanation of those things.

Fermi National Accelerator Laboratory in Batavia, IL, has conducted important research in particle physics since it started. Ground breaking was in December of 1968. One of the valuable contributions of Fermilab has been in education. This takes place for the graduate students from the many universities with experiments at the accelerator. It also has a strong and continuing program carried out by the Education Office for elementary and secondary students and teachers.

During the 1983-1992 years, I worked with the Education Office during summers. A program that the Department of Energy sponsored brought one high school student per state to Fermilab for a few weeks. They were each assigned to work with an experimental team that contained a university from their home state. After two weeks of full immersion, the student teams prepared a scientific paper to report about their research. These were presented to the audience of experimenters.

Being very bright and intelligent students, and having been inundated with new terms and phrases, they needed a release that allowed them to blow off some steam, too. One team in particular decided to write the following explanation about sub-atomic particles and the concepts that explained their interactions. Enjoy. 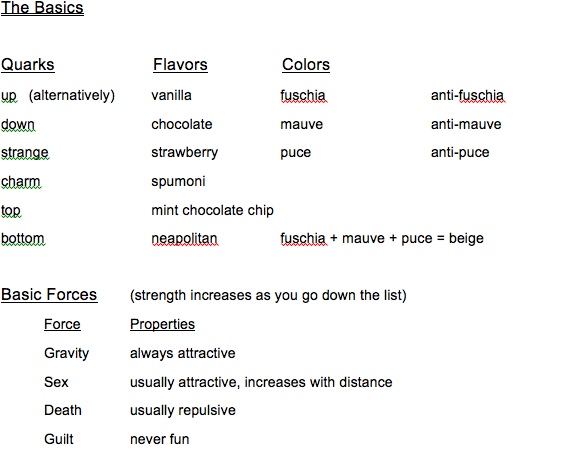 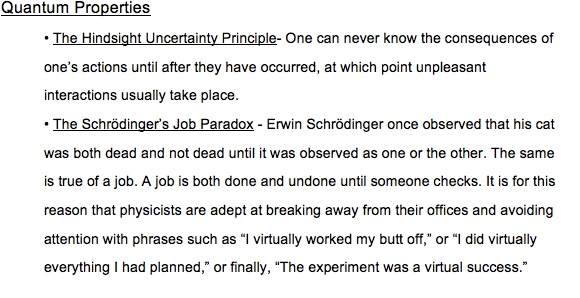 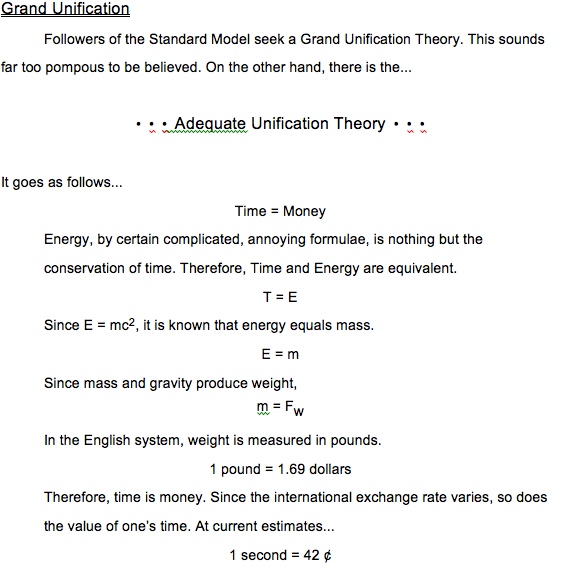 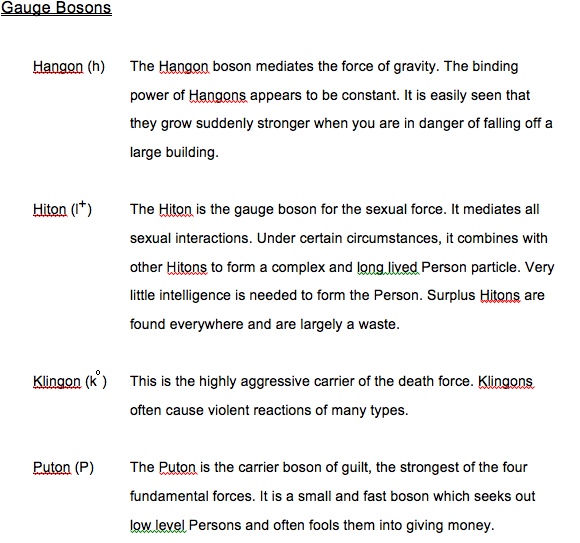 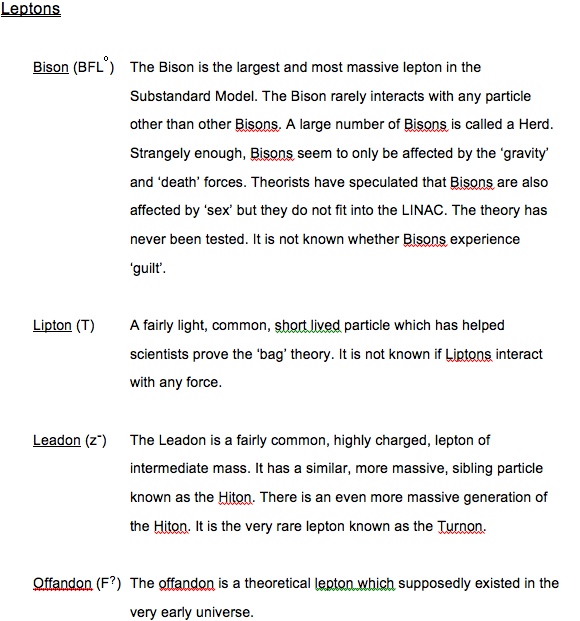 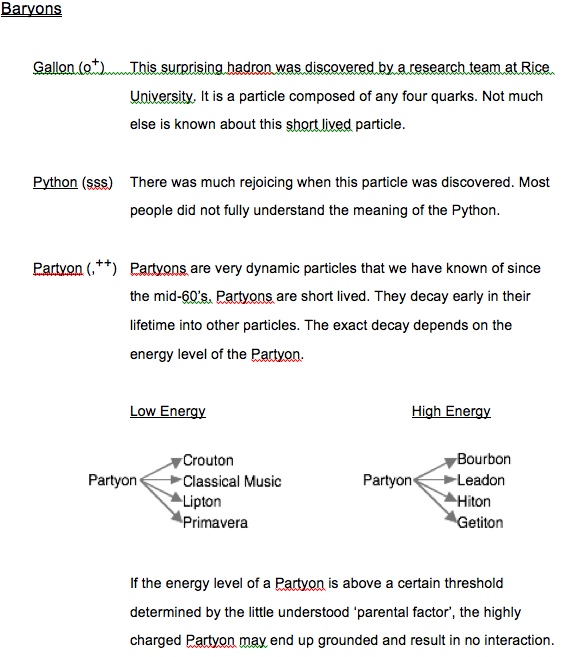 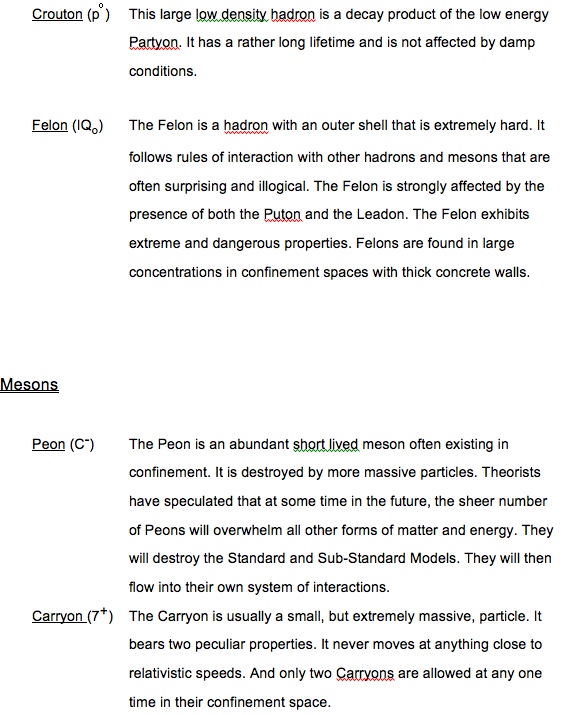 One thought on “Sub-Standard Model of Particle Physics”