Two days ago, the ISS passed over me here in eastern Iowa. I posted a couple of pictures in this short post. This morning, it happened again. The ISS was just below Orion. He had to jump up to avoid getting hit in the ankles.

They were separated enough so two images were needed. First, I got the ISS with Orion’s lower parts in the frame. Second, I got Orion. The two images were stitched into this one. Image details for the interested photographers is below. 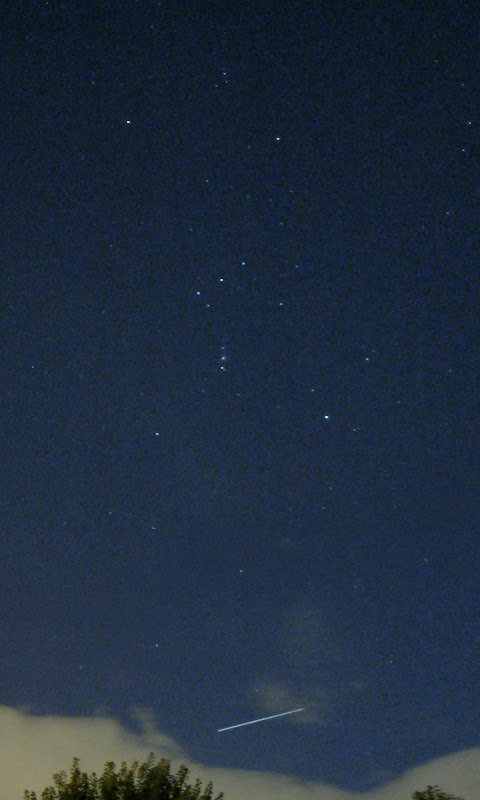 In addition to ISS and Orion, the Moon was a thin crescent toward the east. The earth glow was very nice. Here is an interesting calendar of Moon visibility. 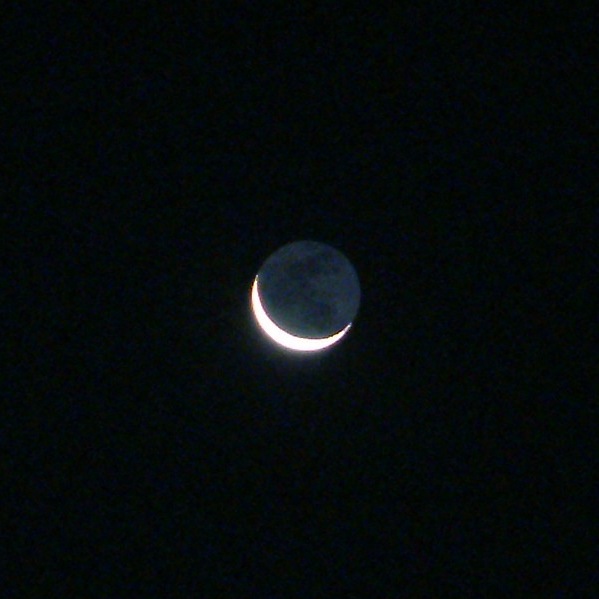