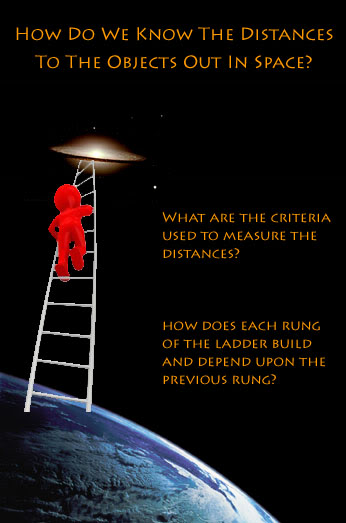 Many great articles and news stories are written on the subjects of Astronomy and Cosmology. They reveal the wonders and beauty of the universe stretching out to enormous distances in all directions we look.

Perhaps the most challenging aspect of those stories is the sense of scale being described within them. This blog series is meant for readers who love these offerings, but have little or no formal background study in astronomy. Yet, they want to know more about it.

This Cosmic Distance Ladder series will take you a few rungs at a time over the next posts. This is the first of 4 parts of the series Cosmic Distance Ladder. Here are links to part 2, part 3, and part 4. Each rung of the ladder describes the methods used by astronomers to measure the distances out in space. Each rung relies on the accuracy of the work done for the previous ones. That is how science works. We build upon a foundation of prior knowledge.

Join me as we start our climb to the heavens. All reasoning and arguments will be kept as conceptual as possible. At times, some basic and simple math and reasoning will be needed.

Let’s do some warm-up exercises for the mind. Cosmic distances are huge. They soon get so large the mind fails to comprehend. This video Powers of Ten I first saw soon after I started teaching physics in 1969.

Powers of Ten takes us on an adventure in magnitudes. Starting at a picnic by the lakeside in Chicago, this famous film transports us to the outer edges of the universe. Every ten seconds we view the starting point from ten times farther out until our own galaxy is visible only as a speck of light among many others. Returning to Earth with breathtaking speed, we move inward – into the hand of the sleeping picnicker – with ten times more magnification every ten seconds. Our journey ends inside a proton of a carbon atom within a DNA molecule in a white blood cell.

In 1998, “Powers of Ten” was selected for preservation in the United States National Film Registry by the Library of Congress as being “culturally, historically, or aesthetically significant”.

IS THE EARTH FLAT, OR ROUND?

Before we start describing the distances on the ladder rungs, let’s consider a question still posed by a few today. Is the Earth flat, or round? What is the evidence? You can explore the question at this link if you like history, or are still skeptical yourself. Aristotle (384-322 BC) provided a concise and reasoned argument for the round Earth based on observations. His empirical approach was simple. One can see constellations and stars and asterisms in Egypt to the south that cannot be seen in Greece or areas to the north. It is because of the position north or south around a sphere that the viewing direction into the heavens is changed.

In addition, during a lunar eclipse, the Moon enters the shadow of Earth. The edge of Earth’s shadow is rounded, suggesting a spherical shape.

HOW BIG IS THE ROUND EARTH?

A good person to answer that question would be Carl Sagan in this segment from the show Cosmos, an outstanding program. (Instead of kilometers, the distance was measured in stadia.) The program returns in 2014 with host Neil deGrasse Tyson as a thirteen part series. Here is the trailer.

The exact size of the stadion used is frequently argued. The common Attic stadion was about 185 m, which would imply a circumference of 46,620 km, i.e. 16.3% too large. However, if we assume that Eratosthenes used the “Egyptian stadion” of about 157.5 m, his measurement turns out to be 39,690 km, an error of less than 2%.

HOW FAR IS IT TO THE MOON?

Step up to the first rung of the ladder to get a sense of the size and distance for the Moon. The Moon passes through the Earth’s shadow during lunar eclipse. Sometimes it is entirely within the shadow. At other times, it is partially in the shadow. The diagram below helps to see that. 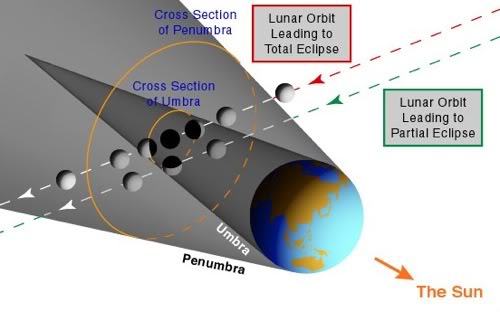 Photographs can be made at different times during the passage of the Moon through the shadow to show portions of the Moon in darkness. A typical set of photos can look like this. Bits of curvature are seen in some of the images. 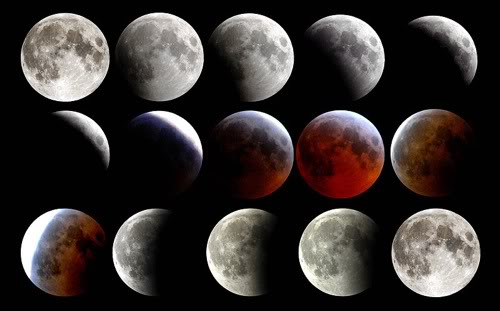 But, to get the most pronounced effect from this type of photo set, they need to be arranged so the edges of Earth’s shadow line up. Then, the relative size of the Earth and Moon are obvious. The Earth is about 4 times larger. More details are available from this site. 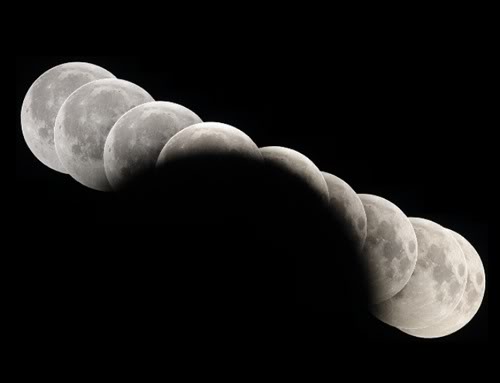 How far away is it? You can use a coin and a yard/meter stick to answer that question. During a full Moon, point the stick at the Moon. Rest the stick just below your viewing eye. Hold the coin either closer or farther from your eye along the stick to adjust so it barely covers the Moon. Knowing the Moon diameter is about 1/4 of Earth’s, and the diameter of the coin, and how far it is from your eye, you can set up a proportion to calculate the distance to the Moon.

Today, astronomers send laser pulses through a telescope toward the Moon where reflectors were placed by the Apollo astronauts. Timing their round trip and using the speed of light, the distances to the reflectors are known to a few centimeters. Radar pulses can also be reflected off of the nearby planets to calculate distances to them.

In the next post of this series, we will examine the next distance rungs including stellar parallax. I hope you will join me in a few days.